IPV was defined as the presence of at least one of these three types of violence -physical, sexual or psychological- committed by the partner or ex-partner. On the basis of the answer to this question and the definition of IPV, the variable "IPV status", was constructed in three categories:. The questionnaire contained a comprehensive section covering different aspects of participants' health, medication use and health-service utilisation.

For study purposes, the following interviewee health-related variables were considered: self-perceived suboptimal health fair, poor or very poor ; presence of limitation on usual activities due to health problems; having suffered an accident in the preceding year; current smoker status. To assess the presence of chronic problems, interviewees were asked if their physicians had told them that they were suffering from hypertension, high cholesterol, diabetes, asthma or chronic bronchitis, fibromyalgia, any type of locomotor disease, heart disease, stomach ulcer or allergy.

As for medication use, the women were asked whether they had taken medical drugs belonging to the main pharmaceutical classes in the preceding two months, and whether they had received counselling support or psychotherapy. Health-service utilisation was assessed by asking interviewees whether, at any time in the preceding year, they had made use of emergency services, had been hospitalised or had, at least once, consulted a general practitioner, nurse or midwife, social worker or any of the principal medical or surgical specialist departments.

Consideration was also given to "number of types of violence", classified as follows:. In the analysis of the consultation to the social worker, the model was also adjusted for the variable "elderly dependents".

A chi-squared test was used to compare the prevalence of each health problem, medication use and health-service utilisation in women with uIPV and pIPV versus women reporting no IPV. Age, socio-economic deprivation, type of relationship, country of origin and history of violence before age 15 years were introduced as adjustment variables. Of the women initially contacted, did not fulfill the inclusion criteria. The percentage of refusals to participate was significantly higher among women aged 55 to 70 years than among those aged under 55 years Of the completed interviews, 14 were excluded due to missing data in the violence-related questions, giving a final sample of valid interviews.

A total of cases of uIPV prevalence 8.

Among women in an IPV situation, whether or not perceived, there was a higher percentage of foreigners and women with socio-economic deprivation, terminated domestic partner relationships, and experience of violence before the age of 15, compared to IPV-free women Table 1. Most abused women who did not perceive the abuse as such were subjected to a single type of IPV, which was psychological in In contrast, women who did perceive the abuse, tended to be faced with two to three types of IPV Table 1.

Nevertheless, when we focused on the group of abused women and compared pIPV with uIPV with regard to health outcomes, only diagnosis of depressive disorder and visits to the social worker proved significantly associated with perception of the abuse; self-perceived suboptimal health was associated with a p value at the limit of statistical significance. All these associations became non-significant, however, when the variable "number of types of violence" was introduced into the models Table 4.

Item is in your Cart

Use of weight-loss drugs, in contrast, showed a stronger association with uIPV, and the association remained in evidence even after the variable "number of types of violence" had been introduced into the model. The results indicate that the situation of uIPV is 2. Among our interviewees, uIPV was characterised, in the majority of cases, by a single type of violence, which was almost invariably psychological. According to the qualitative literature, abuse often begins as isolated psychological violence that is not perceived as such, 26 with initial episodes being regarded as "normal" domestic rows 27 or obsessive control interpreted as love.

The study's principal results show that uIPV is far from being harmless. The deterioration of these women's health, however, affects areas that go beyond the purely mental: perception of suboptimal health, presence of limitation on activity due to health problems, presence of asthma, stomach ulcer, accidents in the preceding 12 months and smoking habit were all more prevalent in women with uIPV than among abuse-free women. The intake of commonly used medications, cold and influenza remedies, antibiotics and drugs for the gastro-intestinal system was likewise more frequent.

The second research question sought to ascertain whether there were differences between uIPV and pIPV in terms of the magnitude of association with the various health outcomes. Diagnosis of depression proved significantly more frequent in pIPV than in uIPV, in line with the findings of Edwards et al, 25 who observed more severe mental health symptoms in the later stages. Self-perceived suboptimal health was also associated with perception of abuse, though without attaining statistical significance. Qualitative research has shown that, when other types of violence -and physical violence in particular- are added to psychological violence, women become aware of the abuse and give the correct name to their partner's abusive behavior.

These results agree with those published in the literature. With regard to the greater intake of weight-loss drugs among women who do not feel abused, our data are insufficient to advance any interpretations. While the known association between eating disorders and post-traumatic stress disorder related to sexual trauma 28 may help one understand the relationship between the desire to lose weight and IPV, it does not explain why this should only be found in uIPV.

The starting point for any subsequent research into this aspect should perhaps be the qualitative literature on the topic, which describes the effort made by women to maintain an ideal body image in attempt to please their abusive partners. Our study has the limitations specific to cross-sectional designs, with the ensuing impossibility of establishing temporal and causal relationships.


However, it is inapplicable to other aspects of health, with it being very difficult to explain why asthma or smoking would increase IPV. The high number and the types of items positively associated with IPV leads us to surmise that, in general, IPV precedes and has a causal role in health problems, a conclusion supported by the literature, which documents the deterioration in overall health when IPV persists over time 31 and the improvement in mental health when violence ceases.

Another limitation is that it is not possible to say whether a woman who states that she does not feel abused perceives in reality the relationship as abusive, but is either unwilling or unable to reveal this to others. We should therefore consider that the uIPV category includes women who do not want to disclose the abuse. The TTM used as a framework has a number of limitations we have to take into account.

First of all, an abusive relationship is not comparable to substance addiction or other dysfunctional behaviours to which the TTM has been applied. As Chang et al 15 observe, it is the perpetrator, and not the woman, the one who has a problem behaviour. Even if there is for the woman some room for action, her behaviour changes occur in the context of a relationship, where the counter-reaction of the abuser determines the subsequent evolution.

The TTM probably is insufficient to capture the complexity of IPV; nonetheless it is a useful tool to guide the professional in supporting the woman according with her timeline. The documentation in this study attesting to the high prevalence of uIPV and its association with the same number of health problems as pIPV highlights the need for the efforts of health professionals and public health to be targeted at unperceived abuse, so as to help women recognise their situation and take the necessary decisions to preserve their health.

Health professionals, aware of the fact that certain health problems may be linked to unperceived abuse, could contribute to awareness of IPV by helping women establish a link between their physical and psychological problems and their partner's abusive behavior. As can be seen from the results, asking a woman directly in a survey whether she felt abused would result in the majority of cases going undetected.

In all likelihood, this direct question would prove equally inappropriate in clinical practice, where it is advisable to use suitable interview techniques adjusted to the stage in which the woman finds herself, as suggested by the guidelines drawn up to address IPV in a health-care context. Sonego and A. Gandarillas contributed to conception and design, analysis and interpretation of data, drafting the manuscript and final approval of the version published. Zorrilla, L. Lasheras, and M. Pires contributed to conception and design, acquisition of data, interpretation of data, revising the article critically for important intellectual content and final approval of the version published. 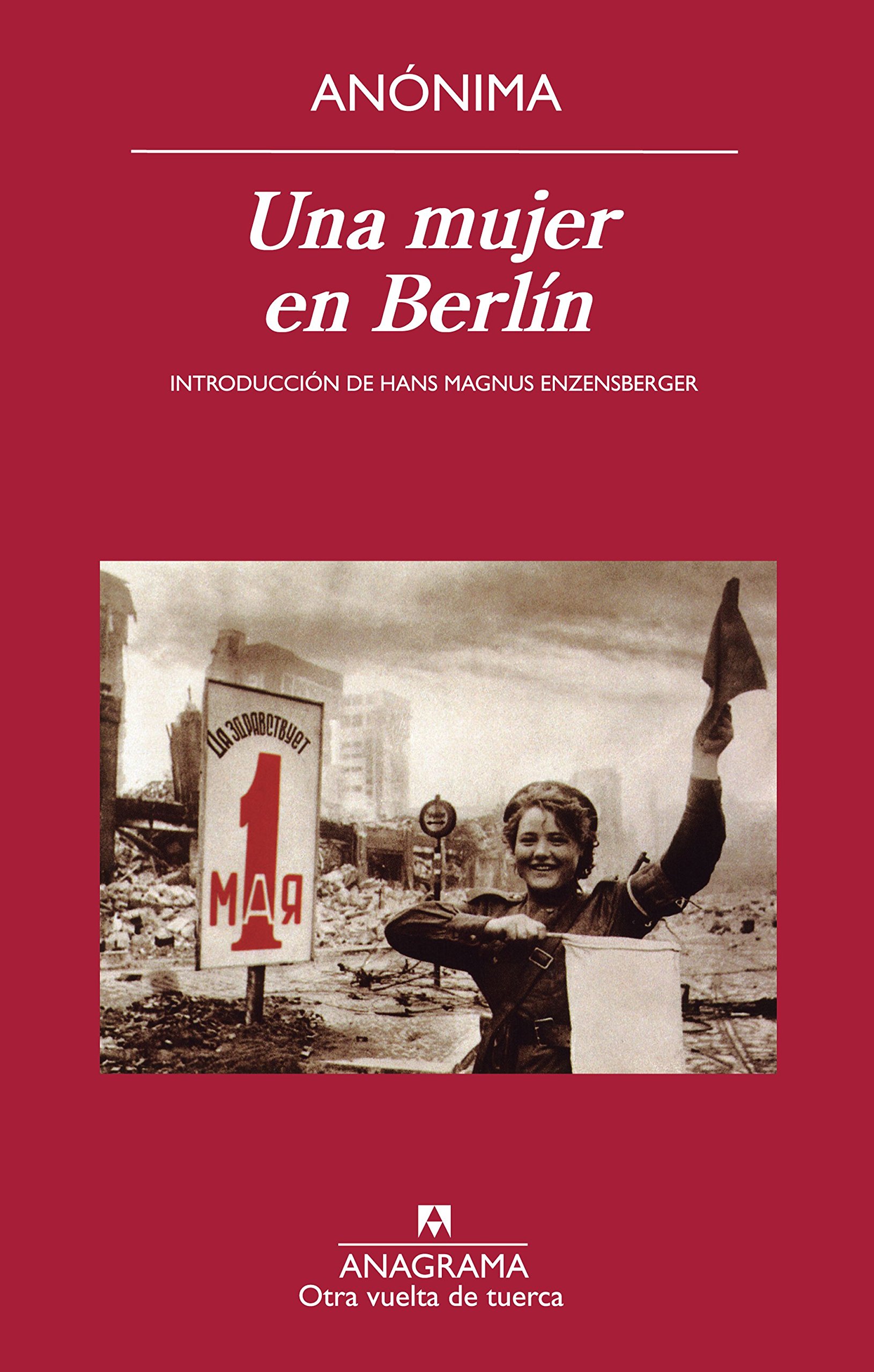